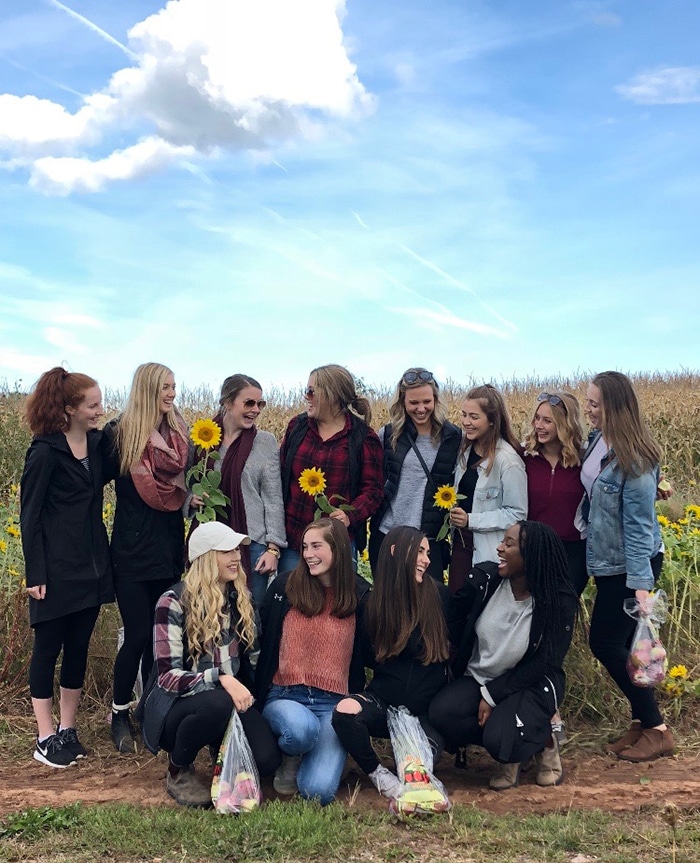 It takes courage to realize you aren’t on the right path, to change direction even when you’re afraid to disappoint those who’ve helped you on your journey.

With my full support, Megan has given up her dream of playing university volleyball.

A few years back, Meg set in motion a goal to play varsity volleyball and this year, she was thrilled to be a member of the Mount Saint Vincent Mystics, under the head coaching of Derrick Brooks, along with numerous and wonderful assistant coaches and team support staff.

To say Megan has had a fantastic experience being part of this team would be an understatement. Meg found an immediate group of friends from the day she started university…spending time together and bonding as a unit was part of the team’s culture and Meg was immediately embraced and accepted into their fold. During the last few months, they took part in a number of social activities forming friendships and enjoying this sport that’s been part of Megan’s life for the last number of years. 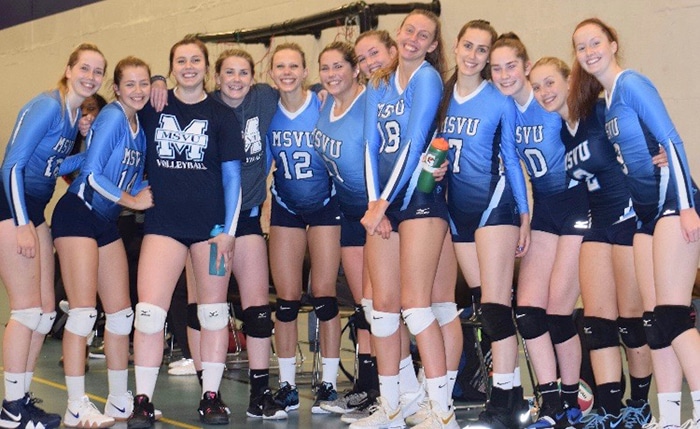 Along with having a wonderful relationship with her teammates, the coaching staff has been there to help with every aspect of Meg’s game and she quickly improved as they worked on both her physical and mental skills…raising the bar with their expectations and insisting she meet their standards. Meg met their challenges and remained focused on her goals…knowing she had coaches and teammates behind her who believed in her.

In the first game of the season (due in part to a few injured players), Megan found herself as a rookie on the first line of an established team and played the next few months alongside her talented teammates. It was a delight to watch her from the stands…knowing how much she worked to be where she was. 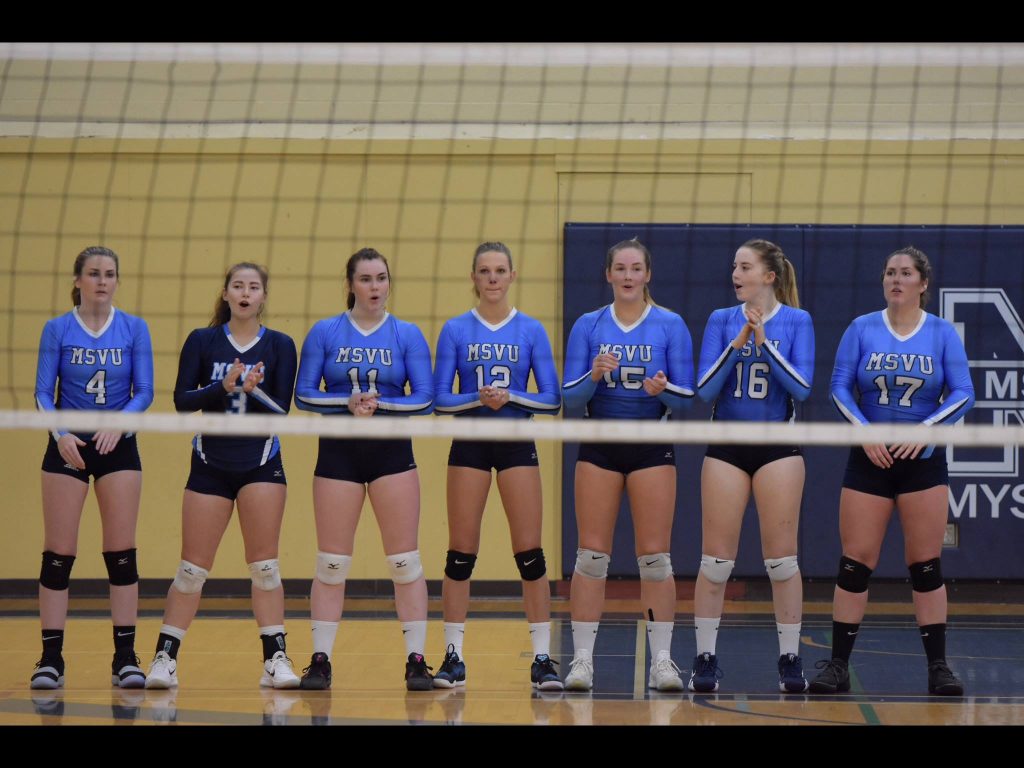 But little did the coaches and team know, there was turmoil brewing. Megan didn’t love the program she was taking and found herself sinking lower each day. Mount Saint Vincent Volleyball, with its amazing coaching and team spirit…was the only thing keeping her at university…and it was becoming increasingly evident to her, that it wasn’t enough. 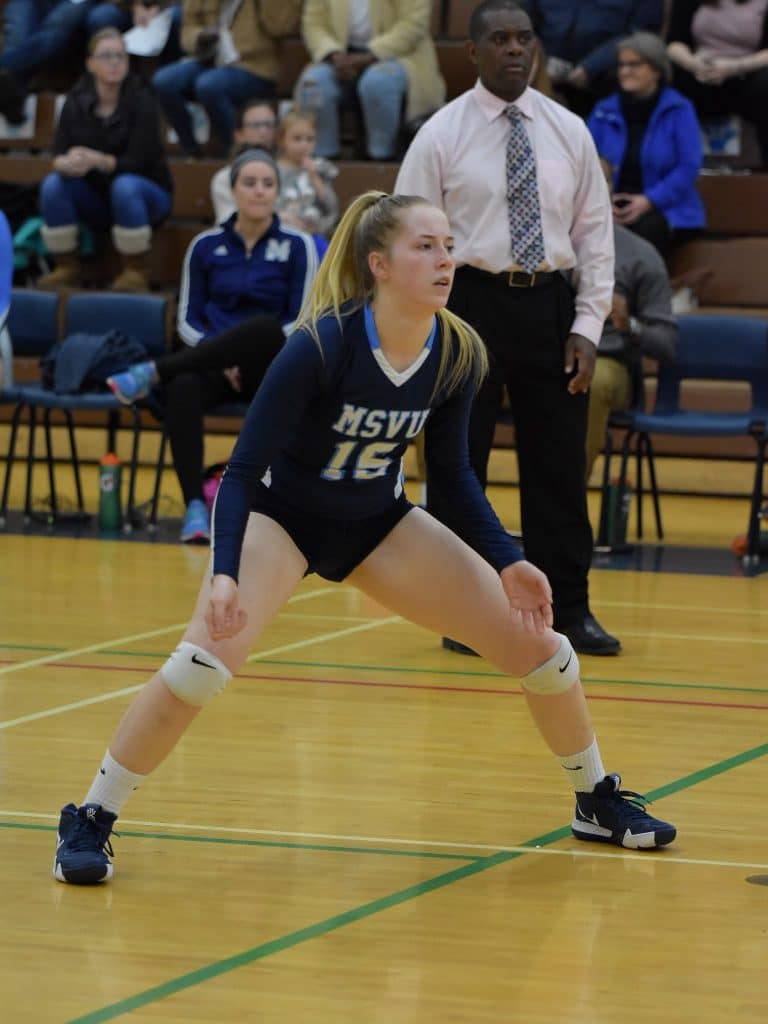 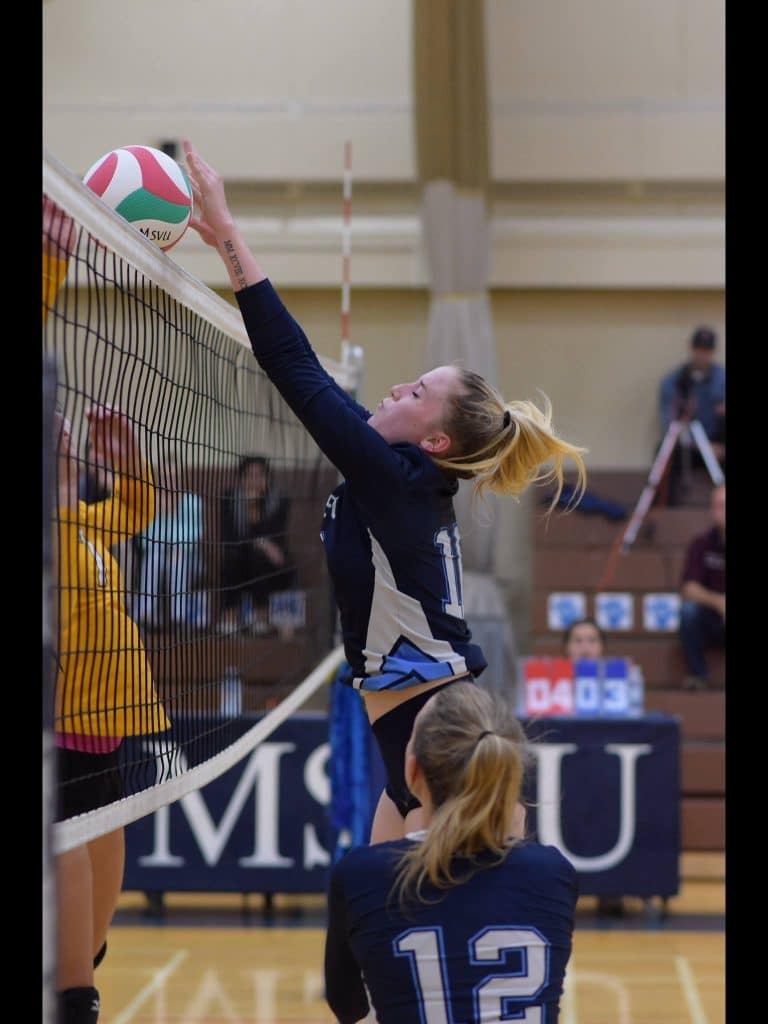 It was with this in mind and after a great amount of soul-searching, that Megan sat in our living room with her coaches, Derrick and Jamie, and explained that she needed to step away from the team. Through her years of chasing a volleyball dream, she’d lost focus on what she wanted for her future.

Megan’s coaches were unbelievably caring and supportive. Much as they were enjoying coaching her and having her as a member of their team…they stressed that they wanted only what was best for her and offered her a great amount of guidance to continue to be involved in the volleyball community. They were nothing short of amazing…which should not surprise me…as this entire experience with the MSVU Mystics has been quite wonderful.

This January, Megan will be taking a few classes at the Nova Scotia College of Art and Design to pursue a passion for art and love of illustration. She hopes to build her art portfolio and someday, find an apprenticeship, to live out her dream of being a tattoo artist.

A number of months back, Megan introduced this idea to me. We were deep into applying for universities, looking at courses and meeting with coaches who’d shown an interest in her, when Megan told me that someday she wanted to be a tattoo artist…that she couldn’t get enough of watching shows about tattoos on youtube and spent her days often dreaming about her future as an artist.

“But you don’t even draw?!” I recall saying.

I mean, I’d seen her putter away at drawing from time to time but she’s never taken a single art class. In fact, I’d all but begged her to take one in high school as I felt it would be good for her but she opted to take “the science route” so as not to “close any doors”!

Megan started to draw. Every day. Sometimes for hours.

In the last semester of high school, for her Entrepreneur class, Meg created stickers of famous rappers and sold them to her classmates, making herself a few hundred dollars (which she ironically spent to get a tattoo) and earned herself the designation of top of her class at graduation.

With each illustration, Megan learns more…she tries more styles and discovers new techniques…she’s posted her work on Instagram and adds more photos on a regular basis. I can only imagine how things will change once she takes a few classes and learns to hone her skills.

I’m not disappointed in my daughter…in any way whatsoever. She’d entered the PR program at MSVU believing that it would help her with whatever she did in her future but a big part of her being at university to begin with was to play volleyball. It wasn’t long before school felt like a burden and she really wasn’t getting what she needed…volleyball was the only thing she looked forward to every day…that and the friendships she’d made in the few months she’d been there.

Bottom line…I shouldn’t be surprised that a child of mine wants to embrace her creativeness! This decision to change direction and chase a new dream…while it was an incredibly hard one to make and has come with weeks and months of stress and tears…is the right decision for Meg.

As this mom of a daughter who struggled with a huge decision and worried so much about disappointing her coaches and teammates, I cannot thank the staff of the Mystics enough for being so incredibly supportive…for saying all the right things…and for helping Megan make what, to this point, has been the hardest decision of her life. As for her teammates…the encouragement, love and support they’ve offered has been nothing short of amazing! It has been lovely to see strong, powerful young women standing up for one another and embracing one another’s differences…being gracious, understanding, accepting and kind. I’m proud of each and every one of them and have enjoyed getting to know them this last few months.

Megan’s volleyball career has been cut short, but this season has been one of the best team experiences in all of her years of playing…making the decision to leave, so much harder. We both wish the team a wonderful second half of the season and will make sure to sit in the stands for a few games to cheer them on!

And more importantly from my perspective… 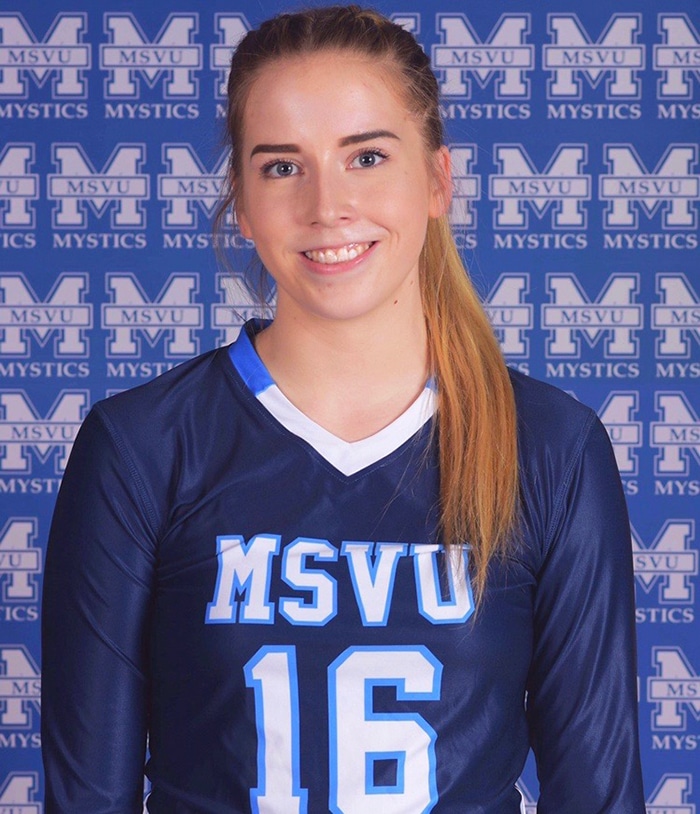 Check out Megan’s artwork on Instagram, make sure to follow her journey and offer her every bit of support you can as she changes direction!!!

And finally, I would be remiss not to thank all of Meg’s past coaches (most especially Al Scott and staff at the Bedford Blizzards Volleyball Club and Alex Barrett and Sam Sanders at Dalhousie Tigers), as well as Volleyball Nova Scotia, Megan’s teammates through the years and the folks in the stands who all played a part in supporting Megan and helping her reach her goal of playing university ball. Meg plans on keeping volleyball in her life by joining the Monday night rec league, doing a little coaching and possibly taking her reffing courses. She’s not about to completely step away from this community that’s been such a big part of her life! Thank you…for being part of her journey!