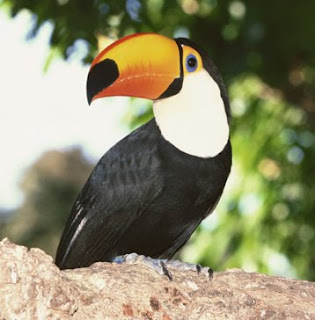 I took the kids to the Discovery Center for science adventures, fun and a kid’s afternoon  (I’m not sure that I’ve ever used Science and Fun in the same sentence before!)  We played with bubbles and mirrors and shadows… we messed with flexibility, equilibrium, light and sound.  Three floors of education and entertainment for nineteen bucks and the possibility of a trip to Disney!  See… there’s a diamond exhibit going on at the moment and for two dollars you can purchase a ticket to win a $19,000 diamond.  I bought a ticket even though I’ve no need for a diamond (I already have one I’m not using).  My plan is to win, sell the thing for ten grand and take the kids on a trip!  This science adventure may have been worth its weight in gold… or at least in diamonds!

We passed by Venus Envy on our way to the Discovery Center.  They thought it was a science shop dealing with space.  I didn’t tell them the difference.

We went to Freak Lunch Box when we were finished discovering.  I can’t keep them away from the place!  This time I had them use their allowance and they managed to keep their purchases to under five dollars each.  Why is it that when they spend their own money they get a reasonable amount of candy?

I wanted to go to Durty Nelly’s for lunch.  I haven’t been there in a bit and I’m suffering from withdrawals.  However, my youngest “didn’t feel like Nellys”.  Seriously!  At what point do we listen to our children about which downtown establishments we haunt?  She wanted to go to the Old Triangle… so… off we went.  It was the kid’s afternoon after all!  (Plus I think she remembered how we sat on the patio last summer and had a great plate of nachos together.)

We found a perfect table and began perusing our menus.  I ordered a Corona (I’ve been fighting off another cold and I figured the lime might help and besides… it wards off the scurvy!)  We decided what we’d order and our conversation began.  We’re working on “chit chatting ” with one another when we’re all sitting down for a meal.  Today’s topic… “What’s the most interesting thing you see in this bar?”  There were things in there I’d never seen before!  My youngest pointed out the bird that looked somewhat like a puffin with a huge beak… after much discussion we decided it was a toucan.  My son got a kick out of the chairs that looked like the “Queen’s Royal Throne” and felt I should be sitting in one… I agreed… I’ve sat there often… and the two young lads perched upon them looked ridiculous.  I found the bartender to be quite interesting… but I kept that to myself.

The Corona was going down splendidly except for the fact that I was driving and in “mommy mode” so I  could only consume one… the children dove into their candy without a care in the world about how many they could consume… it was a kid afternoon after all.

The waitress arrived, took our orders and told the children they weren’t allowed to eat their candy!  I laughed until I realized she was serious.  Are you kidding me?  I’m the mother!!!!  If I let them eat candy before their lunch it’s my prerogative.  Nope…. seems there’s a policy where you aren’t allowed to consume anything that you didn’t purchase from the menu.  I was too dumbfounded to say anything.  My little one suggested we leave and head to Nelly’s… NOW she wants to go to Nellys!  I considered it… I really did.  The thing is I was already drinking a Corona… moving from one place to another is a pain… we’re trying not to “sweat the small stuff”… and who knows… maybe everyone has the same policy.  We stayed.

Luckily I have a blog… so I can rant!

Here’s the thing.  I agree that you can’t bring a bagel, order a pizza or open your packed lunch when you grab a table and order a pint… but seriously?  Candy?  We watched a baby at the table across from us eating strained peas out of a Gerber jar and no one stopped him!  Is everyone supposed to spit out their gum that obviously wasn’t on the menu… and wait… was that a TIC TAC I just saw the bartender consume?  Could that be considered a candy!!!!  SERIOUSLY!  Where’s the common sense here!  (Ahhhhh…. I bet his breath is minty fresh!)

My youngest couldn’t help herself… she snuck the candies… hiding herself behind my back and making it hilariously obvious in her attempt to be sneaky.  It totally reminded me of my friend and the Goldschlager last Saturday night.

We ate our lunch but couldn’t stick around for dessert… the kids were too eager to get out of the place to enjoy their treats.
Great day with the kids… another day of discoveries, candy, fun… and one Corona.

The Discovery Center is located on Barrington Street… as is Venus Envy and Freak Lunch Box.

The Old Triangle is located on Prince Street…  my kids love their nachos on the patio in the summertime.

Durty Nelly’s is on the corner of Sackville and Argyle… I’ve never tried to eat candy there. It’s definitely my favorite place to go when I don’t have kids.  I don’t think they have a toucan.

My girlfriend works for Eye Candy Signs in Halifax.  They are a local company and do fantastic graphics work.  Check out their website and give them a call if you’re looking for a beautifully artistic way to promote your business.  They made the Venus Envy sign… supposedly a great shop for a different kind of discovery.